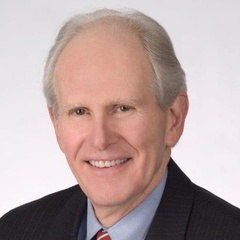 James K. Hasson, Jr., a graduate of Duke Law School (J.D.) and Duke University (A.B.), is a
partner in the law firm of Hasson Law Group, LLP, in Atlanta, Georgia. He has published
numerous articles and speaks extensively at various conferences around the country, and he has served as Chair of the faculty of the Rocky Mountain Tax Seminar for Private Foundations since it was founded. He served from 1987 through 1990 as a member of the Exempt Organization Advisory Group to the Commissioner of the IRS and served for almost 20 years as an adjunct professor of law in the graduate tax program at Emory University School of Law. He has served as chairman of the Exempt Organizations Committee of the Tax Section of ABA and as the Tax Section liaison to the Exempt Organizations Division of the IRS, and he is a Fellow of the American College of Tax Counsel. He has been recognized by Chambers USA: America’s Leading Business Lawyers since 2003 in the area of tax; named to The Best Lawyers in America since 1987 in the areas of nonprofit/charities law; and selected annually for inclusion in Georgia Super Lawyers®. He serves as legal counsel for, or as a board member of, multiple foundations and other tax-exempt organizations. 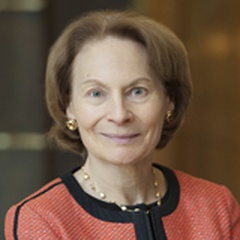 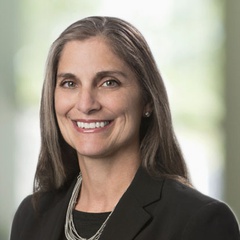 Ruth Madrigal has extensive experience, both within the government and in private practice, advising on a wide variety of legal and tax policy issues affecting charities and other tax-exempt entities.  She is a principal at KPMG LLP and the leader of the Exempt Organizations group in the firm’s Washington National Tax practice. Ruth has more than a decade of private practice experience in law firms, advising a broad range of exempt organizations and their donors, as well as advising corporations and individuals on such areas as charitable giving, social impact activities, and corporate social-responsibility programs.From 2010 to 2016, Madrigal served as an attorney and policy advisor in the Office of Tax Policy at the U.S. Department of the Treasury, where she was responsible for advising the Assistant Secretary of Tax Policy on all tax matters involving tax-exempt organizations and their donors. She was responsible for drafting regulations, administrative guidance, and legislative proposals relating to the tax-exempt sector and charitable giving, as well as representing Treasury at public hearings and meetings with other federal agencies, foreign governments, Members of Congress, and state regulators. 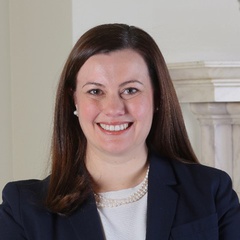 Maureen Lawrence serves as El Pomar's Senior Vice President, General Counsel, and Director of Community Programs. She manages the legal affairs of the Foundation and provides strategic and operational for El Pomar's Regional Partnerships program as well as oversight for other Foundation community stewardship programs.

Maureen first Joined El Pomar as an intern in 2002, and then again in 2003 as a participant in the Fellowship program. After her time as a Fellow, Maureen earned her law degree and then clerked on th US Court of Appeals for the Tenth Circuit for the Honorable Paul J. Kelly, Dr. She was a commercial litigator at WilmerHale in Washington D.C. before relocating to Philadelphia where she practiced for eight years, first as an associate and then shareholder, at Hangley Aronchick Segal Puldin & Schiller. Maureen's practice focused on federal antritrust litigation and other complex commercial litigation matters. She also routinely adviced clients on matters of legal and judicial ethics. maureen has been actively involved in her community through board service as well as pro bono work, which included her collaboration with other firm colleagues and the Pennslyvania Innocence project in the release of a Pennslyvania inmate whose conviction was overturned after having served 33 years in state prison. Maureen returned to El Pomar in her current role in September 2019.